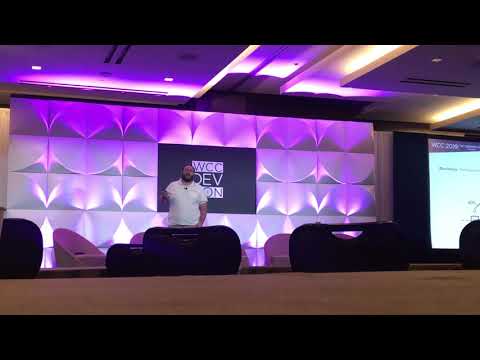 Listen on the go! A daily podcast of Wall Street Breakfast will be available by 8:00 a.m. on Seeking Alpha, iTunes, Stitcher and Spotify.
More Wall Street Breakfast Podcasts » Shares of Amazon (NASDAQ:AMZN), Alphabet (GOOG, GOOGL), Apple (NASDAQ:AAPL) and Facebook (NASDAQ:FB) - worth nearly $5T in combined market capitalization - added to gains yesterday even as their chief executives defended themselves in Congress against antitrust allegations. The real test will come today, when the Big Tech companies report Q2 results after the market close. On watch will be figures and trends in e-commerce, streaming, advertising, search, app services, social media and cloud computing. Will investors start rethinking the prices that they're paying for the stocks or will their market position during the coronavirus pandemic justify their valuations?
Antitrust hearing roundup
Rep. David Cicilline (D., R.I.), chairman of the House Judiciary Committee's antitrust subcommittee, kicked off the hearing by declaring: "Our founders would not bow before a king. Nor should we bow before the emperors of the online economy." That set the tone of five hours of grilling the Big Tech CEOs over their business practices. On the competition front, the biggest questions centered around Amazon's leveraging of seller data to introduce competing products, as well as the revelation of Mark Zuckerberg's emails about the concept of buying startups in order to "neutralize a competitor."
Traders get busy
Futures are kicking off a packed session in the red, with contracts tied to the Dow, S&P 500 and Nasdaq down about 1%, as Mark Meadows said the White House and Democrats were "nowhere close" on a stimulus deal. Q2 GDP figures today will likely show an annualized contraction of 34.1% last quarter, while the latest weekly unemployment claims are also expected to show an increase to 1.45M, before enhanced federal benefits expire on Saturday. After the close, four of the market's biggest stocks will report earnings within a single hour, in a move that could cause significant volatility in after-hours trading and again on Friday. On the coronavirus front, the U.S. death toll topped 150K, marking the highest official figure in the world.
FOMC meeting
Solid gains for indexes were seen Wednesday as the Fed left interest rates near zero and pledged to maintain stimulative measures. "The path forward for the economy is extraordinarily uncertain, and will depend in large part on our success in keeping the virus in check," Jerome Powell declared. "We're not even thinking about thinking about raising rates and it will take continued support for both monetary and fiscal policy." He also said the Fed "has no intention to buy equities" after recently purchasing corporate and municipal bonds.
Both sides of the Atlantic
Today is not only the busiest day for earnings in the U.S. European firms worth more than $2T, as well as 60 companies in the Stoxx 600 Index, reported Q2 results overnight. Highlights: AstraZeneca (NYSE:AZN) shares rose 3% premarket on strong drug sales, while Shell (RDS.A, RDS.B) shares inched down after narrowly escaping a loss despite a $17B writedown and one of the oil industry's most brutal quarters. Credit Suisse (NYSE:CS) simplified its investment bank structure, AB InBev (NYSE:BUD) booked a $2.5B writedown and Airbus (OTCPK:EADSY) is keeping production rates down until 2022. Over in Asia, Samsung (OTC:SSNLF) announced its Q2 operating profit jumped 23% and forecast demand for mobile devices to recover gradually in next half of the year.
World's biggest smartphone vendor
Huawei has overtaken Samsung (OTC:SSNLF) to become the No. 1 smartphone player in the world, an ambition it has had for several years, after taking second place from Apple (AAPL) back in 2018. The Chinese vendor shipped 55.8M devices in the second quarter, down 5% Y/Y, according to research firm Canalys, while Samsung shipped 53.7M smartphones, a 30% plunge versus the prior year. However, analysts are questioning whether Huawei's position is sustainable given the fact that over 70% of Huawei's sales in the second quarter came from China while its overseas markets took a hit. Go deeper: Qualcomm strikes patent deal with Huawei.
Trade deal targets
By the end of the first half of this year, China had bought about 23% of the total purchase target of more than $170B for goods in 2020, according to Bloomberg, which based its calculations on Chinese Customs Administration data. While trade has increased over the past eight weeks, with Chinese companies booking more than $2.5B in U.S. soy purchases, imports really have to speed up in the second half of 2020 to hit trade deal goals. China may still not violate the deal if it misses the target due to the coronavirus (the trade pact grants flexibility in the event of "a natural disaster or other unforeseeable event").
What else is happening...
'Nowhere close to a deal' on virus relief - Meadows.
Amazon (AMZN) scraps live Reinvent conference in blow to Las Vegas.
Kodak (NYSE:KODK) ahead of itself on generic drug-stoked rally - Barron's.
Dollar drop plays right into these emerging market ETFs' wheelhouse.
Wednesday's Key Earnings Boeing (NYSE:BA) -2.8% posting wider loss, cutting production rates. General Electric (NYSE:GE) -4.4% hit by decline in jet engine business. General Motors (NYSE:GM) -1.7% reporting mixed results. PayPal (NASDAQ:PYPL) +4.1% AH following consensus-beating guidance. Qualcomm (NASDAQ:QCOM) +13.6% AH on FQ3 beats, Huawei settlement. Shopify (NYSE:SHOP) +7% sailing past estimates.
Today's Markets In Asia, Japan -0.3%. Hong Kong -0.7%. China -0.2%. India -0.9%. In Europe, at midday, London -2%. Paris -1.8%. Frankfurt -3%. Futures at 6:20, Dow -0.9%. S&P -1%. Nasdaq -1.1%. Crude -1.6% to $40.63. Gold +0.8% to $1969.20. Bitcoin -2.9% to $10934. Ten-year Treasury Yield -2 bps to 0.56%
Today's Economic Calendar 8:30 GDP Q2 8:30 Initial Jobless Claims 10:30 EIA Natural Gas Inventory 4:30 PM Money Supply 4:30 PM Fed Balance Sheet

Originally posted on chat.decred.org by Liz Bagot
​
Hi everyone, it’s time for Ditto’s bi-weekly update!
​
What we’ve been up to the past 2 weeks
​
​
What we’re doing in the next 2 weeks
​

Posted by Liz Bagot in Matrix
Hey folks! It’s been a great couple of weeks with a lot of updates to share from Ditto. Let me know if you have any questions or comments — discussion encouraged!
​
What we’ve been up to the past 2 weeks (a lot of media coverage!)
​
​
What we’re doing in the next 2 weeks
​

Originally posted by Liz Bagot on Matrix
It’s time for Ditto’s bi-weekly update!
What we’ve been up to the past 2 weeks
Continued social media and community outreach, ensuring Decred is part of the latest DAO conversations as well as any news and conversations about blockchain governance. Twitter has been on fire lately!
Secured an interview for Jake Yocom-Piatt on Brave New Coin’s The Crypto Conversation Podcast — one of Jake’s best performances yet. He discussed privacy, Decred’s history, and even dabbled a bit in American politics. https://bravenewcoin.com/insights/podcasts/decreds-privacy-flow-building-a-better-bitcoin-and-the-legend-of-satoshi
Secured an interview for Luke Powell on The Daily Chain podcast, where he eloquently explains the hard fork problem on Bitcoin. https://anchor.fm/thedailychain/episodes/Decred---a-Bitcoin-Hedge-e5rhmt
Secured an article in Crypto Briefing in which Jake Yocom-Piatt discusses EOS governance and Decred’s voter turnout. https://cryptobriefing.com/eos-governance-ico-settlement/
Secured two speaking engagements for Jake Yocom-Piatt at the Voice of Blockchain conference in Chicago. He gave a solo presentation called “Why Direct Sovereignty & Multi-Stakeholder Inclusive Governance Will Last,” and was on a panel called “The Decentralized Grant & Funding Process”, moderated by Celia Wan of The Block and staffed by Jake, Greg Forst fo Go Immutable, and Kevin Owocki of Gitcoin (not to be confused with Bitcoin).
Hung out with Akin Sawyerr at a Ledger event in NYC, where he did a great job representing Decred. We noticed at the event that almost everyone knows Decred — at this point, it’s a matter of clearing up misconceptions and explaining Decred’s technology.
What we’re doing in the next 2 weeks
Pushing hard on the topic of DAOs, since DAOs featured so prominently at Devcon and are being discussed by all the crypto outlets. We’ll be pitching mainstream tech journalists on the trend towards DAO (namely, the concept of an anonymous workplace).
Drafting a piece of op-ed content on the concept of a DAO.
The Educational Resources Repository is so close! It’s complete, and we’re now working with the relevant community members to get it published online. This has been a huge effort that’s central to our communications efforts for newbies, and we’re excited to finally get it up and running.
Continuing to identify timely news hooks to insert Decred into conversations about governance. Continuing to keep the community engaged on Twitter by identifying conversations to join.
Reaching out to reporters attending Evolv in Las Vegas for potential interviews with Akin Sawyerr, who will be speaking at the event.

December 08, 2018: NAC3 - Bitcoin & Blockchain Conference - Las Vegas, USA December 09-11, 2018: World Digital Assets Summit - San Francisco, USA December 10, 2018: Decentralized Talks - Dublin, Ireland Location: The Venetian Hotel, Las Vegas, USA Much like its last four iterations, Digital Money Forum 2020 will also be sponsored by CES. The event will take place during the first week of January and will feature several attractions that will allow members of the global tech community to explore many key issues currently being faced by the ... Bitcoin Magazine is proud to serve as a media partner for the second Inside Bitcoins Conference set to take place in Las Vegas from December 10-11. The Conference will take place at the MGM Grand Hotel in the heart of Las Vegas, Nevada. The World Crypto Con is coming to Las Vegas for the first time and the event will hold at the Aria Hotel and Casino from October 31st to November 2nd.. For three days, Las Vegas will play host to the he cryptocurrency and blockchain industry’s most immersive and interactive conference experience. One of the most exciting conference in this year is definitely Inside Bitcoins Las Vegas. The conference will start today with many interesting workshops such as Bitcoin and Anti-Money Laundering Regulation or e-Commerce and Bitcoin: Facilitating Online Transactions.